Our Game Design class has an upcoming assignment in which we have to create our own Print and Play game! We’re still in the brainstorming stages– I’ve included some of my thoughts here.

Instead of trying to invent individual, complete game ideas, I decided to come up with a list of cool game components that could later be mix-and-matched to create the final version of the game. Here’s some of what I came up with. 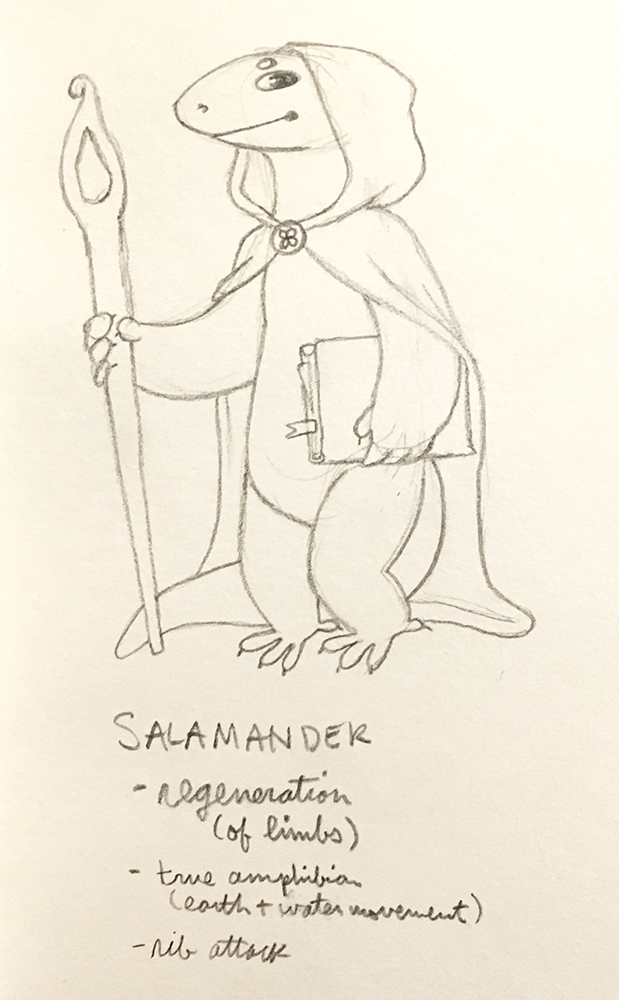 – Try to become the most powerful demon / ruler of Hell

– Mix and match “parts” to create your monster

– One player plays as Humans, one as Zombies

– Humans try to develop an antidote &amp; cure all Zombies, Zombies try to infect all Humans

– Collect clues to try to figure out what’s going on &amp; possibly stop it 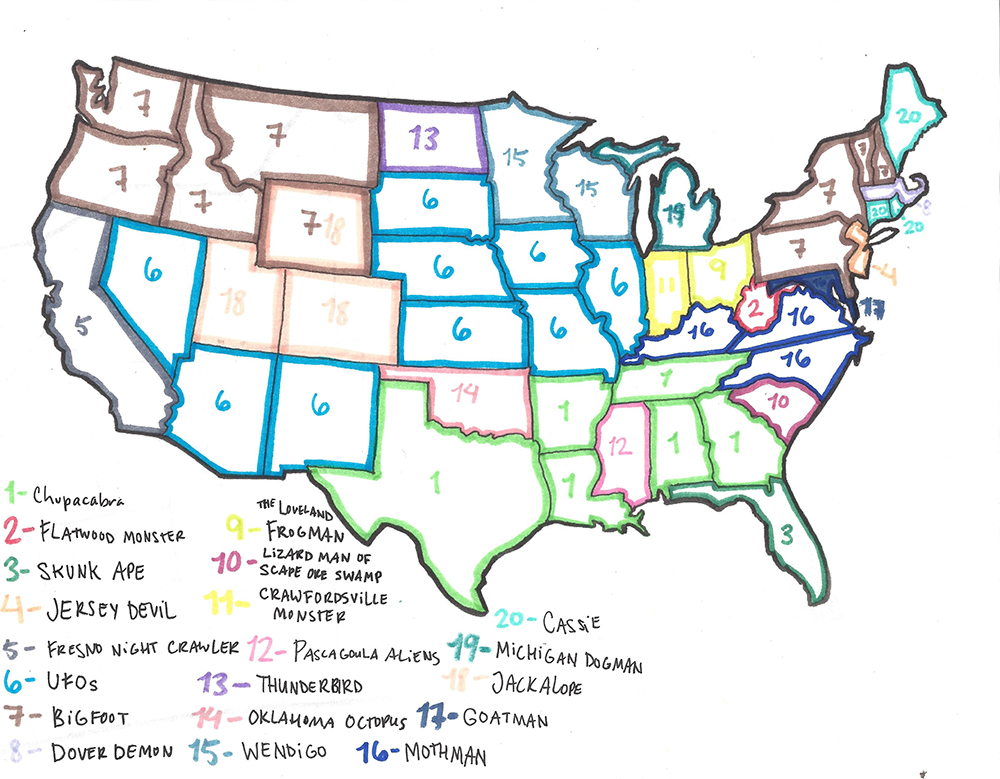 – Try to spot/catch different cryptids around the country

– Each faction is a different mythical creature, so your armies and environment have different strengths and weaknesses

– Could still have some amount of competition with end-of-game stats (e.g. players compete to be the MVP of the team)

– Use terrain units to build the play area and relocate units to create the path ahead as players move through the world, essentially allowing players to explore forever

– Some element of chance in order to introduce randomized terrain (this would increase the replayability, as each session would produce a different world map to play in)

– Players could “wrap around” the board to prevent the terrain tiles going off the table (for example if they walk past the upper edge of the map, they appear on the bottom edge?)

– One player has information the other needs in order to complete a task that benefits both of them, they must relay this to each other under certain parameters