In preparation for creating my own Print and Play game, I’ve been giving a lot of thought to the overall “feel” of the game. I hope to delineate some of those thoughts here in order to have a reference I can look at to make sure every component of the game fits cohesively with the desired end result, which is key to having a memorable experience. Click here to check out my previous post on the subject, where I brainstormed concepts for the game.

The game is centered around the many urban myths and legends that have sprung up over time and become part of American culture, including Bigfoot, Chupacabra, the Jersey Devil, and not to mention UFOs–just to name a few. These legends are often well-known in the communities surrounding them, but it’s a very interesting side of our culture that many are unfamiliar with. Although a lot of sightings and evidence over the years have been proven fake, there is undeniably something enticing about the ubiquity of these myths and the old saying that every lie has its roots in some truth… Could these monsters really exist? There’s only one way to find out.

Inspired in part by The X Files, I really want Cryptid Catchers to retain some of that 90s-era nostalgia that makes the aforementioned show such a delight to watch even twenty years later. The game is set in the continental United States, primarily in rural areas, where players must travel across the country to find convincing evidence of these elusive beings.

Ideally, Cryptid Catchers will have definitively eerie visuals without crossing the line into flat-out horror, with emphasis on maintaining an air of adventurousness and mystery. I essentially want to echo an experience I had in January of last year, when me and a couple of friends took flashlights and mapmaking tools and explored the sprawling network of drainage pipes underneath our neighborhood. It was a little scary as we encountered broken glass, cockroaches, and deep water, but the overall memory is one of excitement and camaraderie.  Much of the “hunting” focuses on isolated nature settings or occasionally gritty urban exploration. Dim lighting and visual effects like fog and deep shadows will be used to convey the element of the unknown. A few reference images for mood can be found below, as well as a pair of possible color palettes (one is a bit lighter in order to take ease of printing into consideration.) 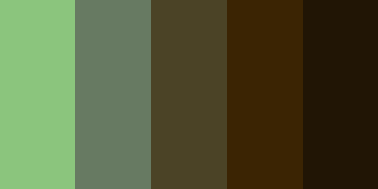 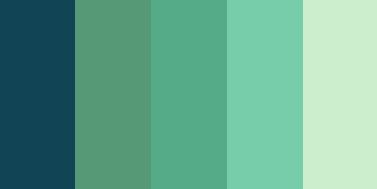