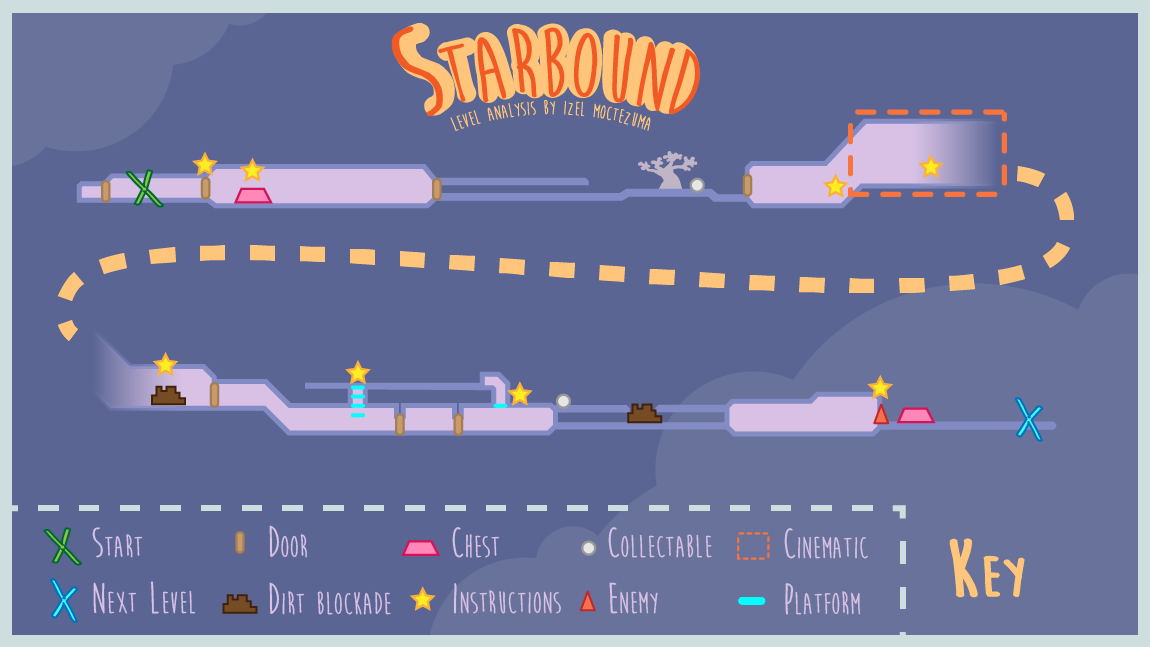 Player onboarding is a crucial aspect of getting good buy-in and retention for a game. With that in mind, let’s deconstruct Starbound’s tutorial level, the layout of which is depicted above.

In terms of level layout, one nice thing about platformers is that since they eliminate a whole dimension of motion, it’s considerably easier to guide and predict player movement than in other games. In Starbound, for example, the player starts on the very left of the tutorial map and their goal is to get to the “end” of the level, which is at the far right. Since they’ve eliminated the options of going up or down using a floor and ceiling, there’s really only one direction to go, so players never feel lost or disoriented. This is perfect for the introductory level, so players can learn their way around the game before being introduced to open areas without such a set linear path. It also ensures that players experience each lesson in a sequential manner that makes sense (learning how to move before you learn how to attack, for example.) 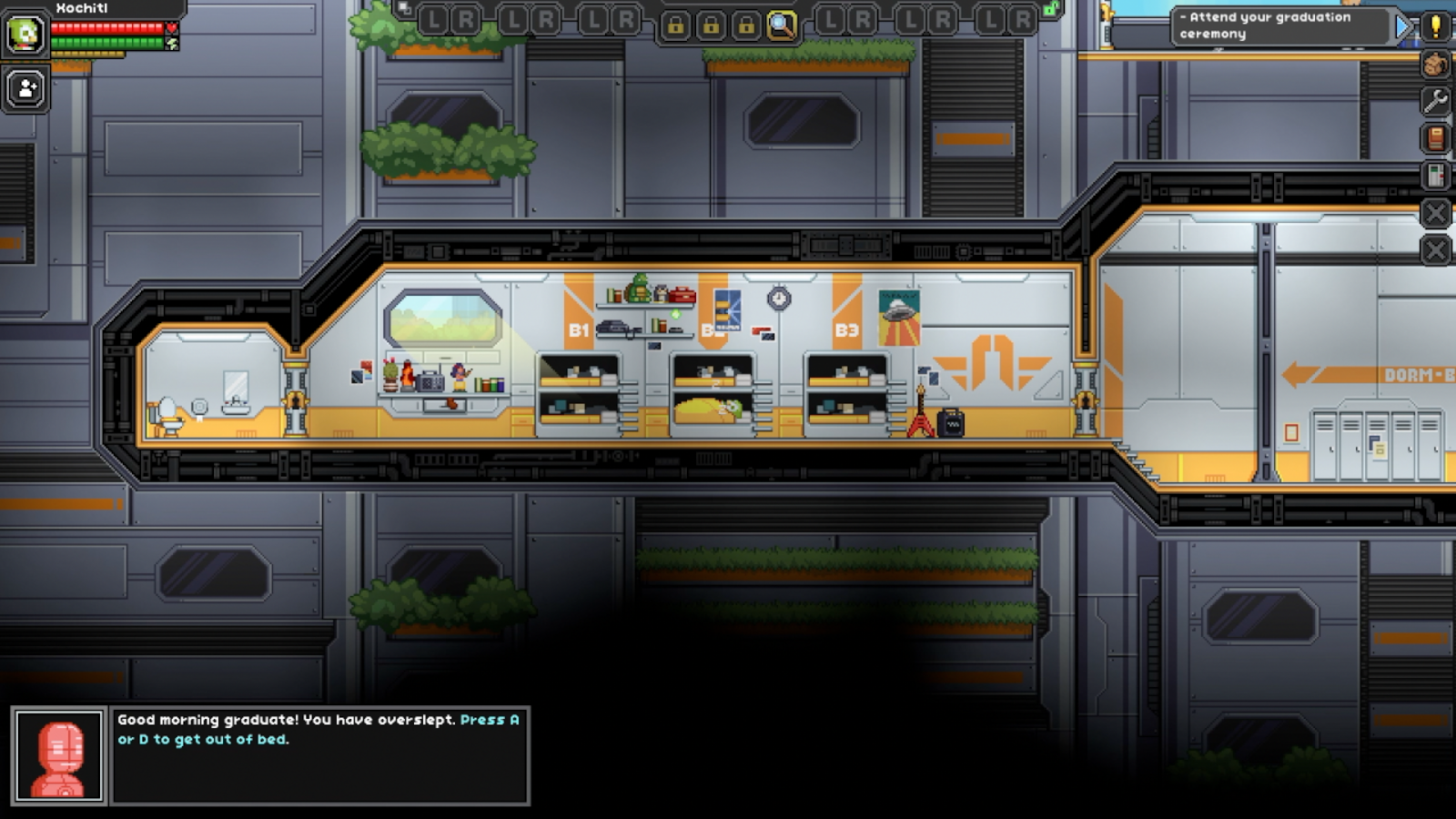 Starbound’s intro level is more of a hand-you-instructions than drop-you-in-and-let-you-figure-it-out kind of tutorial, which makes sense to some degree because since it’s a PC game, the controls are not as intuitive to a new gamer as they would be on an Xbox. At they very least, there are way fewer buttons to mess around with on an Xbox controller, so it wouldn’t take a player long to figure out controls– whereas having the player try to figure things out by pressing every key on their keyboard would be frustrating and carry the risk of the player missing out on an important mechanic. 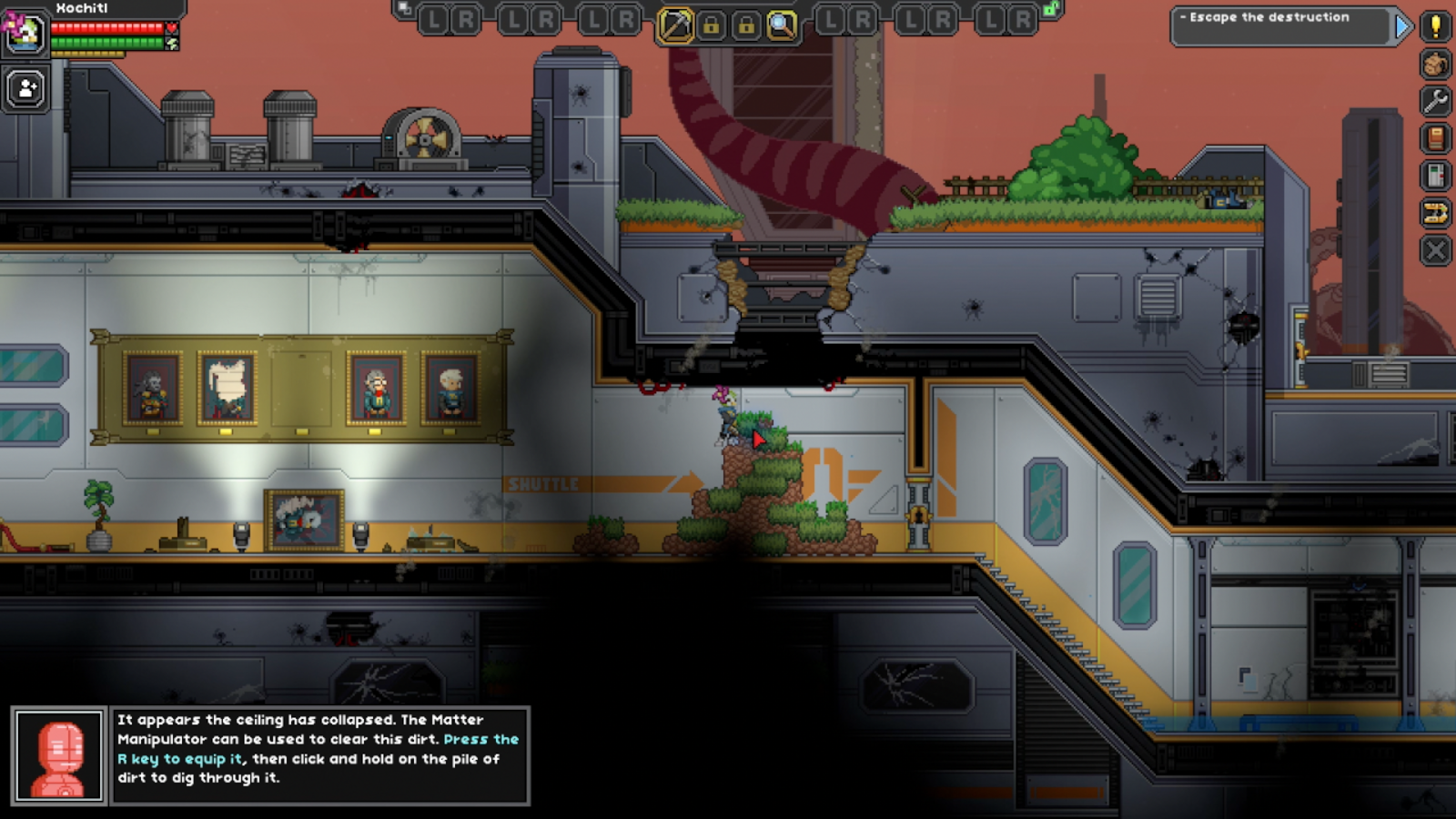 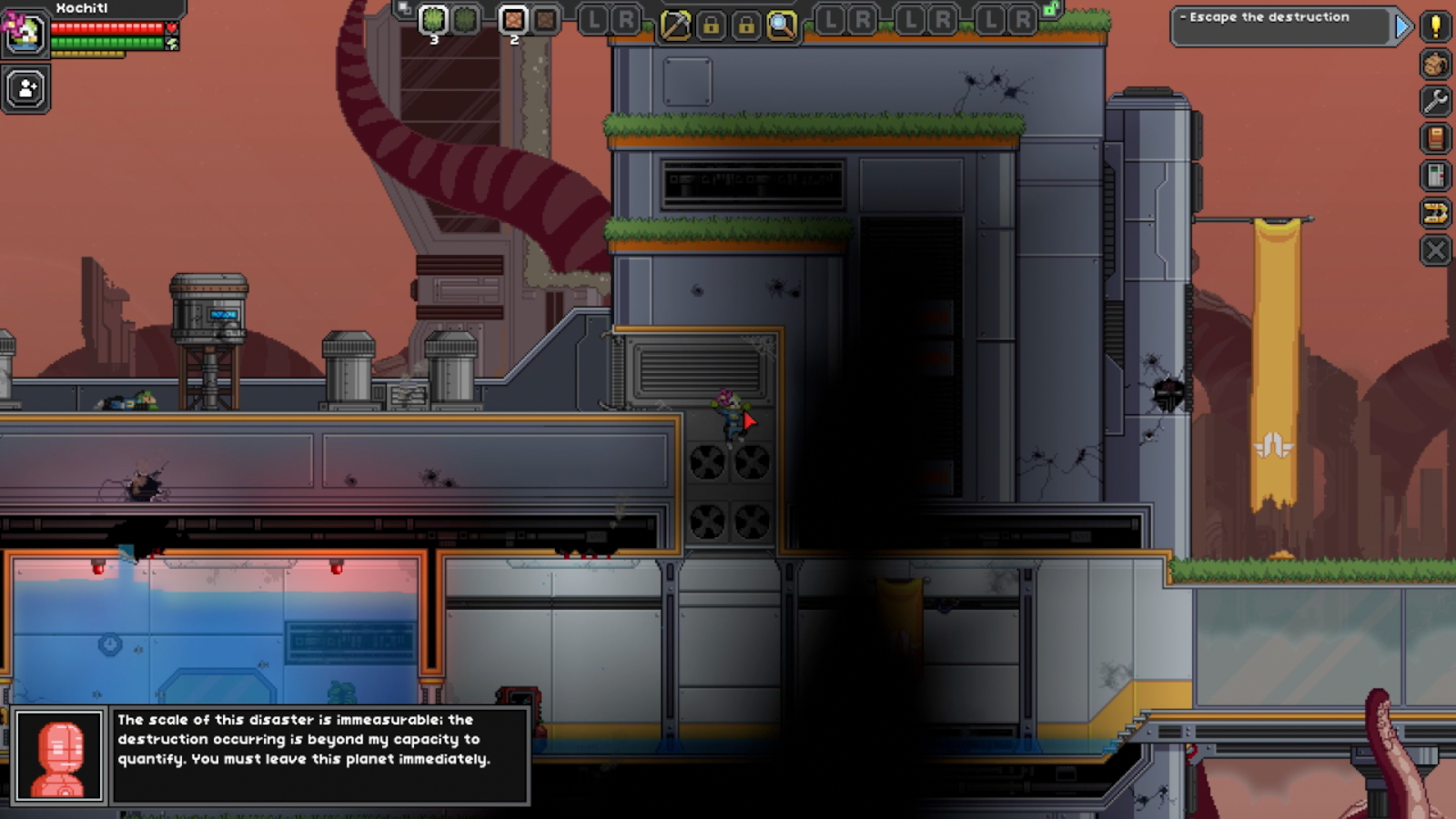 The tutorial level also serves as the exposition for the game, giving the player some amount of backstory and setting up the game’s main storyline. The story elements are what help this level to feel more intense and engaging than it really is– if you think about it, the player isn’t really in any danger (it’s actually impossible to die in this level,) but they are drawn in by pressures created not through true danger, but implied danger. Earth is being attacked by a huge tentacle monster and people all around you are dying– elevating the gravity and stakes of the situation past what it might be taken as otherwise.

All of these things in conjunction make this an exciting introduction to Starbound, giving players a little taste of all the things they’ll be expected to do in the game as well as the type of story they’re in for, and piquing their interest so they continue playing.